PARTICIPATION AT THE EXHIBITION AGROTICA 2014

"PARTICIPATION" - VISIT OF STUDENTS FROM THE NATIONAL TECHNICAL UNIVERSITY 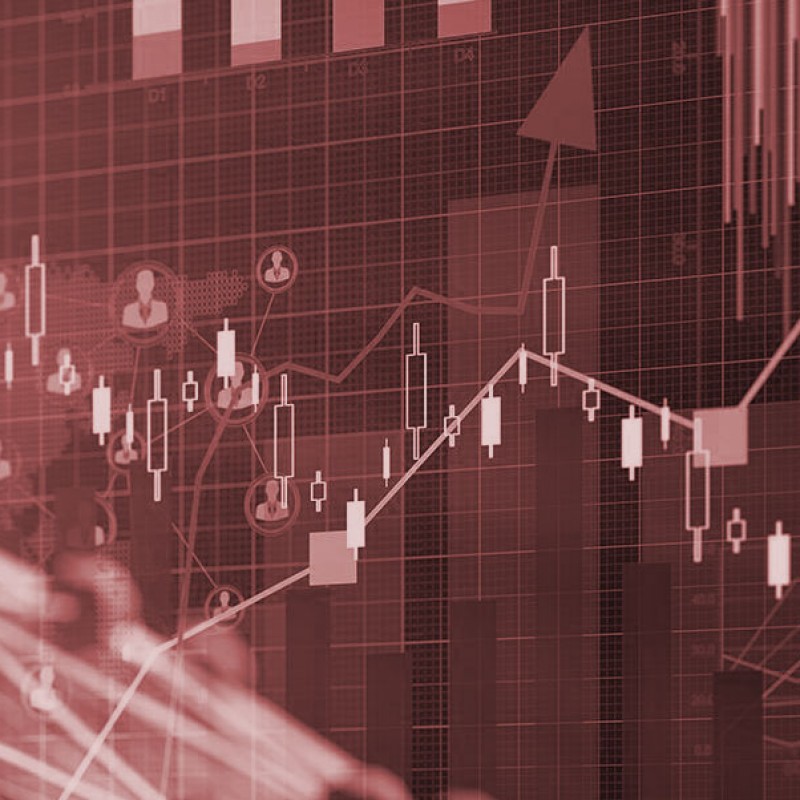 BOARD OF DIRECTORS COMPOSITION

The current Board of Directors includes ten members, its term of office is three years, ending on June 20th 2022 is as follows:

CVs of the members of the Board of Directors

Simos - Kaldis Panagiotis : Chairman of the Board of Directors of the Company. He has been sales general supervisor of the Company since 1982.

Kalpinis Athanasios :  CEO of the Company. He holds a degree in Economics from the University of Piraeus and he has been supervising and coordinating the production process in the Company since 1987.

Kalpini Elvira : Vice chairwoman of the Board of Directors. She is Director of Public Relations and Administration of the Company.

Manesis Vasileios : Executive BoD member, Chief Financial Officer and Investor Relations responsible. He is a graduate of the Economic Science Department of Piraeus University and he holds a MSc in International Business and Finance from Reading University, UK. He has been working in the company since 2001 and since 2012 he holds the position of CFO.

Kalpinis Andreas : One of the co-founders of the Company. He participates as an executive member in the Board of Directors.

Binioris Anastasios : Executive member of the Board of Directors of the Company and General Director with many years of experience and comprehensive knowledge of the international steel market.

Gianniris Konstantinos : He is a Non Executive member of the Board of Directors and Member of the Audit Committee. He has studied Economics in Piraeus University and law in the Law School of Athens University. He has long management experience in critical managing positions in large Greek companies in the private sector. He has served as CEO, General Director and Senior Director in many large Greek companies of the private sector (IASO Group, Eurokliniki Group, IZOLA, A.G A.G. PETZETAKIS, SHELMAN, SOULIS etc). He has founded the Institute of Internal Auditors and has served as president for seven years. Lastly, Mr. Gianniris was a member of the BoD THRACE PLASTICS S.A.

Kouvaris Georgios : He is an independent non-executive member of the Board of Directors. He is Chemical Engineer and holder of master’s degree (M.Sc.) from Aston University of Birmingham. He started his career as an Engineer in Hellenic Petroleum in Aspropyrgos’ refinery back in 1985. In 1992, he supervised the development and construction of a Refinery in UAE where he served until 1999 as General Director. Moreover, he has served as General Director in OKTA’s refinery in Northern Macedonia. In 2002, he undertook the development of ELPE’s electrical production. He has been working in HERON Group since 2004 and since March 2017 he is Chairman and Executive Member of the BoD of Heron Energy S.A. and Heron II Viotias S.A.. As a BoD member of our company for several years he has acquired comprehensive and deep knowledge of the international steel market.

Paparistidis Dimitrios :  He is an independent non-executive member of the Board of Directors. He studied Economic Science in the Economic University of Athens. He holds a master’s degree from the US (CSS – Certificate of Special Studies in Administration & Management) from the Extension School of Harvard University and after that he acquired the title of Master of Science in International Securities, Investment & Banking from the ICMA (International Capital Market Association) Centre, Henley Business School, from Reading University. He is a professor of the Finance and Accounting Department of University of Macedonia and the title of his dissertation was “Corporate Valuation Approaches’ Weighting Methodology”. He holds significant working experience in finance sector and he is a qualified financial and securities analyst from the Hellenic Capital Market Commission. He provides consulting services and he conducts fundamental analysis for companies with recipients institutional investors and managers of international investment funds, as well as valuations of companies in the stage of merger/acquisition, listing in stock exchange and other corporate transactions.

Georgiadis Nikolaos :  He is an independent non-executive member of the Board of Directors. He graduated from the Economic University of Athens and he holds a Master Degree in Economic Growth from Glasgow University. He haw many years of experience as Director and member of the management in securities industry. More particularly, he has served as investment director of Intertrust AEDAK, CEO of KAPPA Securities S.A., Vice President and CEO of Praxis International S.A. and Management consultant of FORTIUS FINANCE Securities S.A.. As a BoD member of our company for several years he has deep knowledge of the international steel market.

Athanasakou Smaragdi :  She is an independent non-executive member of the Board of Directors. She has studied law in the Law School of Athens University. She speaks Greek (mother tongue), English and French. She is employed as a lawyer and she has been a member of the Athens Bar Association since 2007 with expertise in Capital Market law and Corporate Law. She holds vast experience in European and national law regarding the listed and investment companies. She is a BoD member of the Hellenic Association for Financial Law. From 2007 she is a senior associate of the law firm Dryllerakis and Associates.

The Company’s management, apart from the executive members of the Board of Directors, is also carried out by a team of experienced senior executives consisting of:

Stephanos Aaron : Head of Human Resourse, Cash Manager, responsible for Corporate Announcements and Compliance Unit. He holds a Bsc from the Athens University of Economics and Business, department of Business Administration and he has successfully completed the postgraduate studies in the Institute of Certified Public Accountants of Greece (IESOEL). He has significant experience as he had worked for the international audit firm Ernst & Young. He has been working in the company since 2004.

Grigorios Rizos : Credit Control Manager. He studied Economic Science in the University of Athens. He has gained significant experience through his employment in the Audit sector and more particular in Deloitte and PWC. He has been working in the company since 2021.

Sinapis Mavroidis : Technical Manager of Steel Service Center plants. He is graduate of the Technological Education Institute and has significant experience in steel processing. He works in the company since 1986.

Charalampos Asimakopoulos : Deputy Technical Manager of Steel Service Center plants. Electrical Engineer, graduate of the Polytechnic School of the University of Patras, with previous work experience in steel processing. He has been working in the company since 1994.

Nektarios Mizithras : Head of Supplies. He has significant experience in imports-exports, international trade and International Steel Market issues. He has been working in the Company since 2003.

Antonis Kapnias : Head of Sales. He has significant experience in the sales business. He has been working in the Company since 1983.

The following table lists the company’s major shareholder composition based on information from the last Ordinary General Meeting : 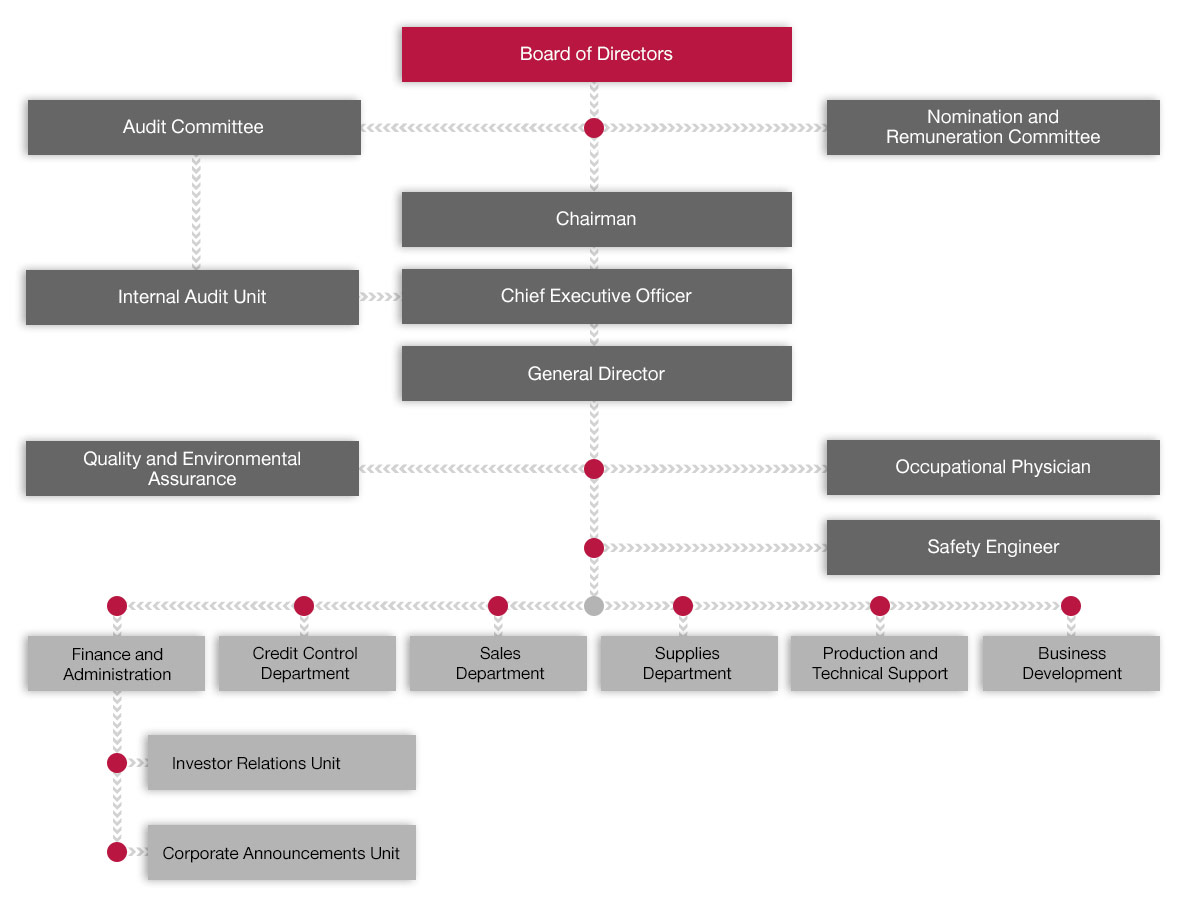